Ohaguro the Japanese tradition of painting their teeth black

Home » Blog » What is Ohaguro or black teeth?

What is Ohaguro or black teeth? 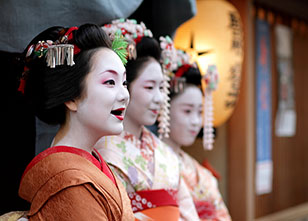 What if we talk today about an ancient teeth tradition called Ohaguro? This is the name given to the ancestral dental aesthetic in the Japanese culture. It means black teeth (お歯黒) and it was a practiced between married women, and was related to spiritual beliefs.

At the beginning, the Ohaguro was carried out by the women in the royalty, but then both men and women were using this practice as a fashion tendency, but it was still related to spirituality.

Actually the Ohaguro has many uses and meanings, for example: The Kamuros (the brothel apprentices) painted their teeth black to refer that they have reached adulthood, and that they were ready to have their first client.

Another meanings are: Purity and status. Some of this meanings were not related. For many years the Ohaguro was exclusively by women, because they were supposed to be loyal and obedient to their husbands.

The Ohaguro was also created to protect themselves from bad spirits and omens, because they used to think that the diseases were caused by evil possessions. It was thought that the white of the bone would attract of bad luck and energies, this is why the royalty decided to paint their teeth black, also to be different from others, but as we said, eventually all kind of people follow this as fashion.

As you may see the Ohaguro has had a lot of connotations. To get the black tint for the teeth they used iron powder, cinnamon, and aromatic spices to achieve the lacquered appearance. With the time many other countries decided to follow this tendency, everyone of them had their reasons, some for beauty, other for religion, culture, social status, belief and for health. This countries and regions were: China, Malasia, Laos, Micronesia, India, and also Vietman. Until this days some places still practice the Ohaguro, even when they are not the majority.

Teeth have been always a beauty standard, for example, here in the occident having white and perfect teeth is one of the qualities when you say that someone is attractive, this is why is so important to use brackets as a kid or teenager, or to do regular whitening, this is what some beauty and Hollywood magazines call appeal; another example is the tribe Mentawai from Indonesia, in that place women used to be forced to sharpen their teeth, this was an aesthetic symbol.

In present day there also exists anti-cultural movements, another example as we mentioned is Japan, some people there think that having irregular teeth are pretty, especially in girls and women, because they look innocent and with a child face. But in another post we will talk more about it.

In Japan it was consider vanity to express human emotions, including facial expressions, to dissimulate this emotions, they painted their face white, this was another function of the Ohaguro, so anyone would not identify if they were smiling of feeling sad. Every culture has their own traditions and customs, for more strange they are.

And finally, what do you think about this tradition? Do you think is interesting? 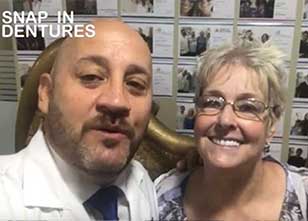 Change your life and regain your confidence with Snap in Dentures.

Are you looking for an affordable and effective solution to get a perfect smile? Come to our dental clinic in Cancun and you will find…

How does enamel erosion affect your dental health?

The outer layer of your teeth consist of enamel, a substance that protects against physical and chemical damage. Tooth enamel erosion is caused by acid… 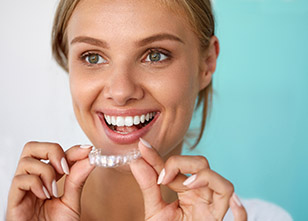 How to take care of an occlusal guard?

What is an occlusal guard? An occlusal guard is a hard and transparent acrylic, elaborated individually to the measure of the teeth. The guard helps you… 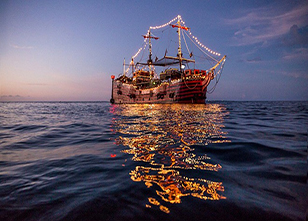 Pirate ships in your dental vacations!

Do you imagine yourself in a pirate ship in Cancun for your dental vacations? Well this childhood dream can come true! Like the movie of Peter…